Frédéric has more than 20 years’ experience in financial controlling and budgeting, working successively for industrial and professional services companies. 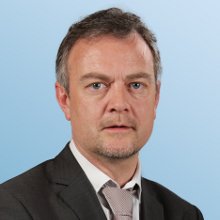 Frédéric is the global general manager of Arthur D. Little, and a member of its executive committee. He was previously the chief financial officer of the company since it became a partnership in 2012.

Frédéric is married with three children.