Crises change our world. History tells a simple lesson — the deeper and more severe the crisis, the stronger the transformative effects on long-term societal development. Informative cases are abundant, ranging from the Black Death’s influence on reorganization of medieval agriculture to the ways the experiences of the combined tragedies of WWI and WWII transformed principles and mechanisms of managing the world economy. In retrospect, the long-term impact of these historical transformations has been associated with increasing growth and welfare.

Fitting China into Your Global Footprint

China is no longer just a low-cost country suited to cheap mass production. It has now also developed the capabilities to serve as an R&D base. Companies must therefore design a new strategy… 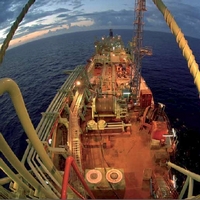 The pace of deepwater drilling has increased by 40 % over the last three years. While technology is a key enabler for deepwater development, players still face many critical challenges and decisions…

“Mastering the complexity of a growing global footprint”

The real globalization of our footprint started in 1995, when the company was privatized and acquired by the Benetton family. This brought a new wave of enthusiasm and ambition.