Blockchain is still a nascent technology — but it offers multiple advantages to businesses by introducing new business models and developing or revamping existing business models, all while reducing costs, enhancing security, and strengthening trust in ecosystems. Selecting the correct blockchain is critical. This Viewpoint helps you choose the right platform based on your business requirements. As a primer for your business decisions, we introduce you to the world of blockchain, what it is, how it works, its benefits, and the different options you should consider to best match your needs.

Blockchain technology is a breakthrough technological innovation. It is a special type of database that has redefined how digital transactions are verified and stored through the use of distributed ledger technology (DLT). In the simplest form, DLT refers to the approach of recording data and storing the same data across multiple locations. Transactions are not stored by a single party; rather, the entire transaction history is recorded by multiple entities (the distributed ledger).

The revolutionary aspect behind blockchain is that processes are not updated and validated by a single individual, but a community of members. Instead of one central party, each node (i.e., a computer that validates and keeps track of transactions) agrees on a “shared reality” and stores a history of every transaction that has ever taken place within the network. This agreement is called “consensus.” Importantly, because every single transaction that has ever taken place within the network is recorded and permanently stored at each and every node, it is impossible to change the ledger’s history or send the same transaction twice. Hence, participants of a blockchain network don’t need to “trust” each other — because no single user can cheat the whole system.

Blockchain technology is safe and robust; thus, it’s ideal for storing and processing sensitive information. It is particularly suitable for transactions between parties that need to be verifiable and permanent, such as contracts, ownership of intellectual property (IP), digital identity and credentials, and, of course, cryptocurrencies.

In a blockchain, transactions are stored in records, or blocks, linked together, with each newly generated block referring to the block before it with a unique identifying number called a “hash.” Figure 1 shows the three components of a block: data, hash, hash of previous block. These blocks constitute a chain; hence, the name “blockchain.” This chain continues on indefinitely.

The amount of data you can store on a blockchain is limited as every node of the network stores a copy of the block. The data is typically either encrypted (for security reasons) or hashed to a fixed size that fits the block size limitations with the actual data stored on external servers (traditional or distributed databases) or by using distributed file systems like IPFS (InterPlanetary File System) — see Figure 2.

Hash, a mathematical function, is widely used in blockchain to protect the integrity and immutability of data stored on the distributed ledger. This function takes any size input data, performs calculations on it, and produces a fixed-sized output (hash). The hash function needs to ensure that no two inputs produce the same output (i.e., are collision-resistant). Hash functions are vital to protecting the immutability of the DLT. Thanks to hashing in the blockchain, each block added receives the previous hash (see Figure 3), and the new hash created is shared with all nodes. Each node maintains its own copy; anyone looking to modify one block will have to update the data across all nodes, making it exponentially harder as the number of nodes increase.

Distributed systems — hence blockchains — need a mechanism to achieve synchronization and agreement between the network’s nodes to validate a transaction before it is added to the blockchain. Different blockchains use different consensus mechanisms and most are optimized for one or more but not all of the following: speed/throughput of transactions, energy consumption, decentralization, security, or scalability. Proof of work (PoW) and proof of stake (PoS) are the most popular consensus mechanisms from several options. Figure 4 highlights some of the new and most popular mechanisms:

There are numerous other consensus mechanism like proof of activity, proof of identify, proof of elapsed time, proof of capacity, Delegated Byzantine Fault Tolerance (dBFT), and Practical Byzantine Fault Tolerance (pBFT), to name a few. Upon selecting a consensus mechanism based on business need, companies will have to define who can run a node, along with validation requirements, roles and responsibilities, security policies, and so forth.

BRINGING IT ALL TOGETHER: HOW A BLOCKCHAIN WORKS

Blockchains are inherently decentralized (the control and decision making have moved from a centralized entity like an individual or organization to a dispersed network) and trustless (the network reaches consensus rather than a single authority) in nature. Figure 5 walks you through the steps a block goes through in adding a block and the decentralized and trustless nature of a blockchain.

Smart contracts are programs stored on blockchains that are self-executing digital “if-then” statements between two or more parties (see Figure 6). When the groups’ terms are met, the contract is considered complete and executed automatically. Embedded in a blockchain, smart contracts are immutable and irreversible and provide various benefits, including speed, efficiency, accuracy, transparency, security, and financial savings.

Smart contracts, being self-executing, are programed in a way that they can verify that the terms of the contract have been met and then execute the terms without the need of an intermediary or central authority. Hence, all participants can be certain of the outcome without the need of any mediator. Since a smart contract’s code is on a blockchain, anyone with access to the blockchain can inspect the code and verify the smart contract’s authenticity.

Telecom carriers can leverage smart contracts (and blockchain) to automate many tasks and thus significantly improve efficiencies in many legacy systems. Many telco’s use multiple operational support systems (OSSs) and business support systems (BSSs) across different lines of businesses, especially with acquisitions. In addition, financial/market pressures have led telcos to typically underinvest in OSS and BSS platforms. Smart contracts can simplify/optimize and automate many of these processes, enabling different players in the ecosystem to transact directly with one another, prevent any disputes, and thus lower operational costs while making payment settlements instantaneous. This is just one of the ways blockchain can impact the telecom sector in the short term.

Blockchain forms the basic building block for many Web3 applications (see our recent Viewpoint “Web3 basics for telecoms & media”), and smart contracts can significantly alter the way media companies do business. Cryptocurrencies like Bitcoin and Ethereum support micropayments, which are impractical with classic payment mediums due to transfer costs. However, this capability, when combined with smart contracts, can support a new way of offering on-demand music services. In the music industry, for example, users can select the record of their choice and immediately remunerate all stakeholders with cryptocurrency.

Music isn’t the only industry that stands to gain from DLT innovation. All forms of digital media can leverage the benefits of blockchain by efficiently tracking IP ownership and streamlining fundraising and payout models. Blockchain technology can also significantly improve the digital advertising industry. Blockchain, as a system of record, along with smart contracts can provide an indisputable view on ad distribution and transactions and identify click discrepancies, bringing in accountability and transparency. This is just an example of one area of the media industry that blockchain will impact in the near future.

There are two main categories of blockchain: permissionless (open to all) and permissioned (participation can be limited). Four options fit within those two categories, with some overlapping characteristics: public, private, consortium, and hybrid (see Figure 7).

Public blockchains are completely decentralized and permissionless, allowing anyone to join. With this aspect as its foundation, public blockchains offer equal rights to access and allow anyone to create new blocks and/or validate blocks of data. Heavy power consumption required to maintain DLT and the lack of complete privacy and anonymity are the primary disadvantages of a public blockchain. Since anyone can join a public blockchain, there is potential for malicious activities, such as hacking, token stealing, and network clogging.

The Helium blockchain is an “open source, public blockchain that incentivizes the creation of physical, decentralized wireless networks.” Instead of building out the network themselves, Helium pays individuals in its cryptocurrency, Helium Network Tokens (HNT), to operate hotspots, thus eliminating the complexity of building and maintaining the network.

Private blockchains are permissioned blockchains where the owner determines the level of access to its network. Rules will be set and can be changed by the administrator. The control here sets up private blockchains as a great use case for companies or organizations that want the benefits of blockchain in a closed environment. Private blockchains tend to be faster and more secure as the owner/admin controls the nodes, allowing the consensus to be achieved faster.

we.trade is a blockchain-based trading platform founded by a consortium of banks in Europe. It connects buyers, sellers, and their banks in a network that uses the IBM Hyperledger private blockchain technology. It leverages DLT and smart contracts to help simplify international transactions.

As the name suggests, hybrid blockchains leverage the benefits of public and private blockchains. They are handled by a single organization that controls access to the network but also offer public blockchain features, such as integrity, transparency, and security, providing the best of both private and public blockchain solutions. This gives organizations better control over what they want to achieve rather than adjusting plans based on technology limitations.

XinFin is a hybrid blockchain built on both Ethereum, a public blockchain, and Quorum, a private blockchain. The hybrid network runs on a DPoS consensus mechanism. The network, as a public-state network, is shared by all members. A subset of members can share a private network for sensitive data.

What to expect? In this series: Blockchain = Technology: Brief explanation of what blockchain is Paradigm shift: Analysis of the feasible changes dues to blockchain features Strategic impact: Three… 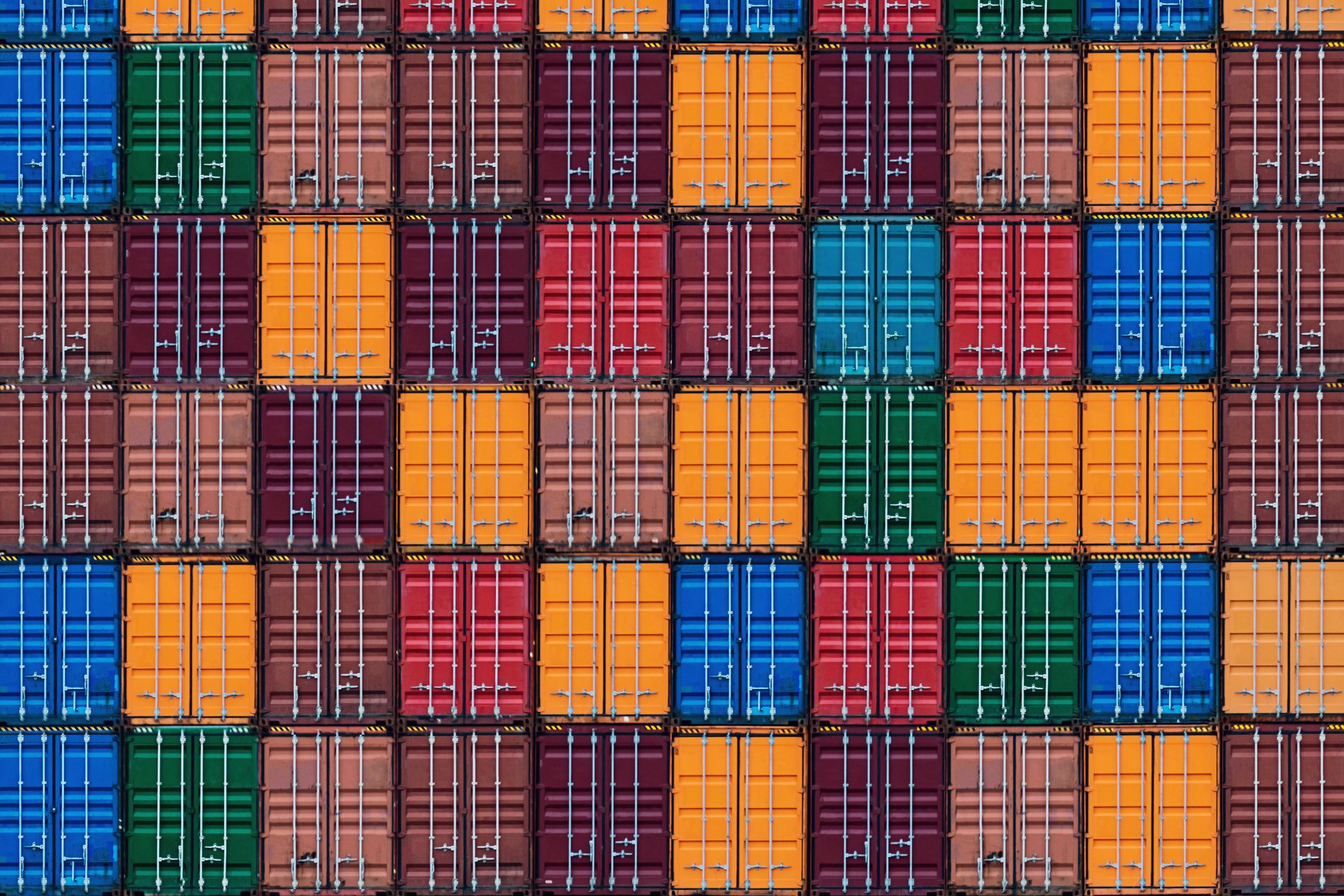 Blockchain in transport – Awaiting the breakthrough

Blockchain seems the perfect solution for the complex, decentralized supply chains of the transport sector, but results to date have been disappointing. In this article, we analyze the latest global… 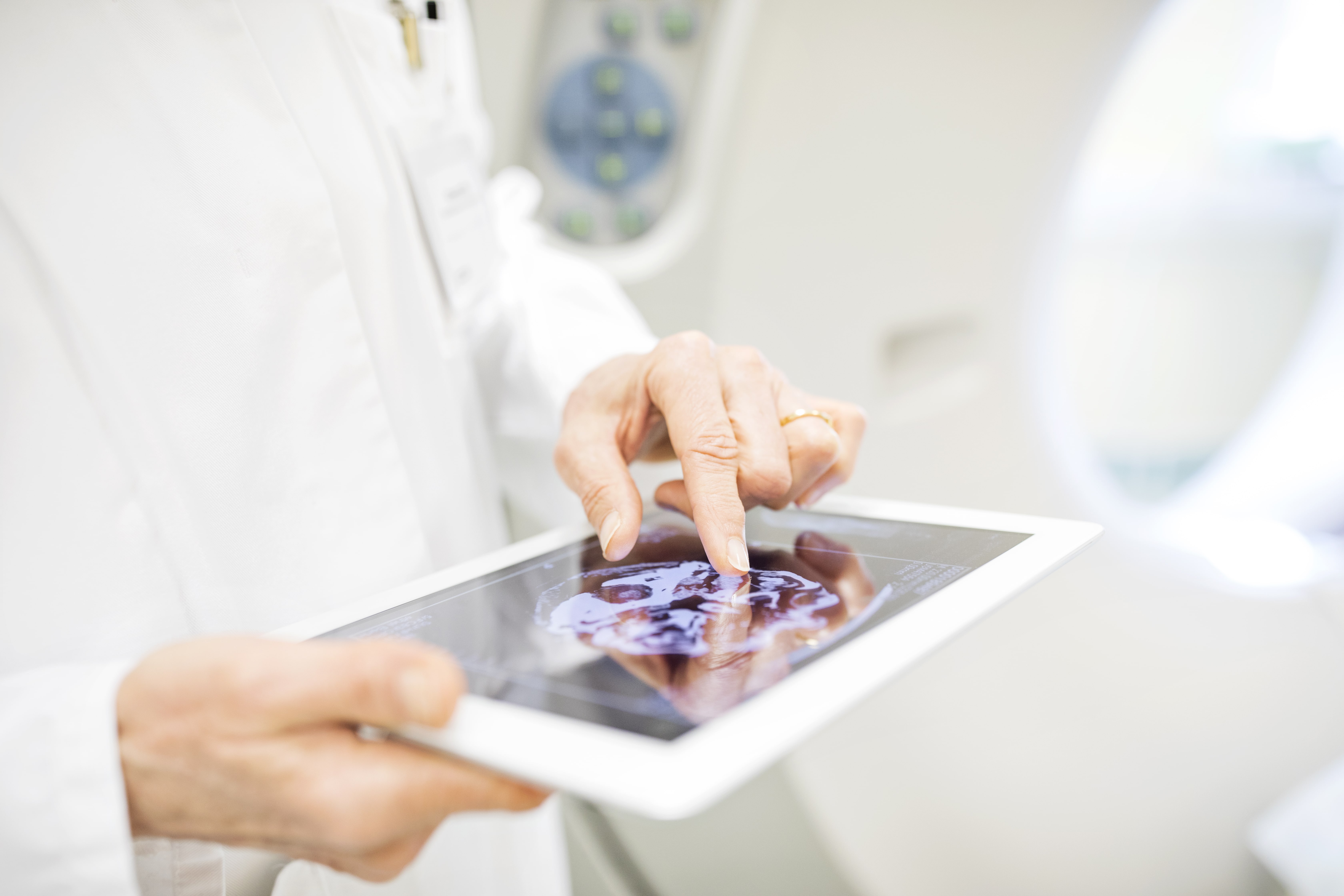 What are the next steps?Show courage regarding technology innovation and tackle digitalization proactively: Take advantage of impulses from technology, openness of both politics and regulation, and…