A story of empowerment

Jonas joined Arthur D. Little as a consultant in our Stockholm office in 2001. Four years later, he suffered a severe kite surfing accident, which made him a paraplegic. Despite this massive hurdle, Jonas is still working at Arthur D. Little, and has become a manager since then. His story is a story of empowerment. It is stories like his that encourage us to always strive to build a more inclusive and diverse organization.

How did you come across Arthur D. Little in the first place, and why did you start working here?

After graduating from university with an MSc in engineering physics and an MBA, I chose my first career path by joining ABB, a blue-chip company. As an executive management trainee, I started a one-year rotation program between the different group companies, from the nuclear business in ABB Atom, via automation in ABB Motors & Drives, to ABB Management Consultants. At the end of the program, I spent half a year in Milan with ABB Motors & Drives. I continued to work for ABB Motors & Drives in Sweden as area sales manager, responsible for the German-speaking markets and Italy.

After three years with ABB, my interest in management consulting grew stronger and I decided to apply to the top strategy consulting firms in Stockholm, among which was Arthur D. Little. After getting offers from multiple firms, I trusted my gut feeling and chose Arthur D. Little. I made this choice for two reasons: the positioning (strategy, innovation, technology) and the culture (collegial and entrepreneurial).

Could you describe the circumstances of your accident and the impact on your functional abilities?

While visiting my grandmother in Halmstad in the southwest of Sweden in the summer of 2005, I wanted to try kitesurfing as I was an accomplished windsurfer. I signed up for a two-day beginner’s course: kite starter exercises on the beach on the first day, and board starter exercises in the water on the second day.

On that second day, the weather was unstable. After we had been surfing in moderate winds, it started to rain and the wind died off, so we took a break. When the wind resumed, we were out in the water again, against a backdrop of really dark and threatening sky. I was standing knee-deep in the water, with my kite vertical in a starting position.

Because I don’t have memory of my own due to the trauma, here is what I was told happened: In a split second, a tornado came from land, took hold of my kite, and lifted me 10–12 meters up in the air. Spectators on the beach thought I was showing off an advanced trick. I then crashed down onto the sand dunes, crushed my pelvis and broke six ribs, puncturing both lungs. As if that was not enough, the kite caught wind again and lofted me onto the only pile of rocks on the beach, crushing a vertebra in the spine, which severed my spinal cord. Long story short, I was lucky to survive the trauma, but unlucky to sustain the spinal cord injury, which left me paralyzed from the chest down. 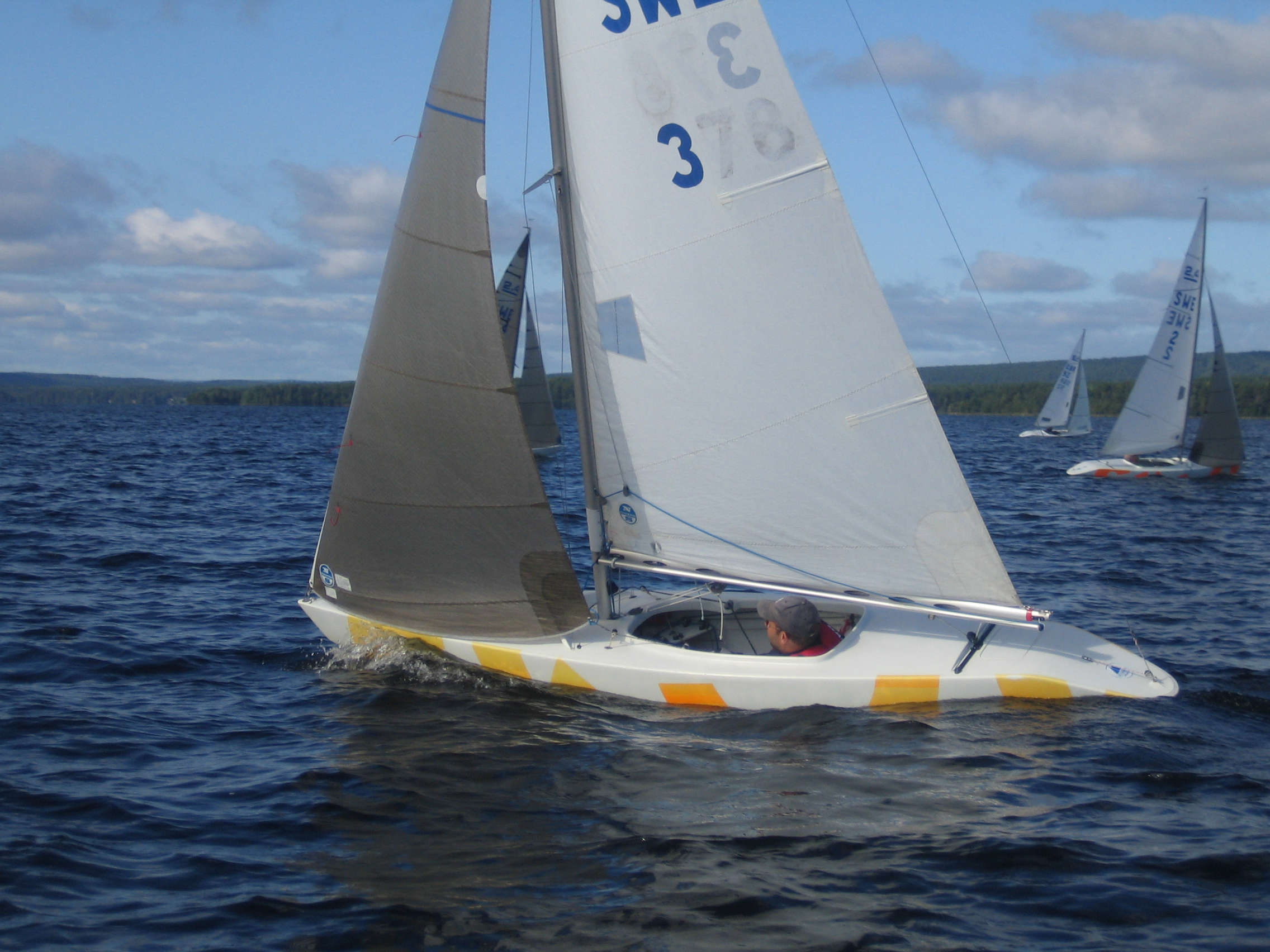 How did you feel at that moment, and how did you see yourself in the future? Did you think you could continue your career with Arthur D. Little?

Waking up after a week of sedation and operations at the hospital, hooked up to life-sustaining med-tech equipment and still dizzy from drugs, I immediately realized my situation, since I could not sense my lower body anymore.

The road to rehabilitation was tough. After leaving the intensive-care unit (ICU), I spent five weeks in a specialized neurological-care unit to become medically stable. This was the hardest part for me, both physically and mentally, as I realized that I would never recover from the paralysis and my capabilities for handling my new situation were still extremely weak. I could not even turn in bed or control my bowels or bladder. Waking up after a week of sedation and operations at the hospital, hooked up to life-sustaining med-tech equipment and still dizzy from drugs, I immediately realized my situation, since I could not sense my lower body anymore.

At that point, not knowing what I know today, I can honestly say that I my vision of the future was quite bleak. After the transfer to the spinal rehab center (outpatient site), things started to improve for me. I was focusing on two things: relearning basic activities such as getting dressed and taking a shower, and practicing a lot of physical activity and wheelchair techniques. Pretty far from a CxO round-table discussion, right?

One day in October, Bo Lenerius, our managing partner at Arthur D. Little Nordic, came to see me in the rehab center cafeteria. We discussed coming back to work. I was probably overly optimistic when I suggested the end of January, but I really needed a short-term goal to work towards, and to fill my mind with “normal” stuff as soon as possible.

Can you describe your consulting life after the accident? What obstacles did you need to overcome, if any? Have technological advancements improved your quality of life at work? Have you noticed any changes in the work environment since 2005?

I started coming in to the Arthur D. Little office as promised, working 25 percent of the time the first couple of months to prevent immediate burnout. Pretty soon, I realized that using a wheelchair was not a problem. That is mostly a logistical issue, and the Stockholm office had elevators and a garage. I drive my own car, which has a hand control for the accelerator and brake – just a light modification of a normal Volvo (what else?) station wagon with an automatic gearbox. In the winter, I drive from my garage directly to the office garage, which helps me avoid getting stuck in the snow with the wheelchair. Since I have a fully functional upper body, I can work on the phone and computer as before, and client meetings are in sitting mode, which makes me “fit in” with everyone else. At the office or at the client, practical issues are few, but important. I always make sure to check that there are elevators and accessible restrooms; the rest is never a problem. Taxis and planes work fine for me.

What, if anything, limits me professionally? The same things that impact quality of life with a spinal cord injury; the things that you don’t see, the effects from “cutting the cord”. Ironically, not only the loss of motor and sensory function below the injury site, but also random backfiring nerve signals, which are interpreted by the brain as pain. All medication for this has unacceptable side effects, so I just have to cope with it. 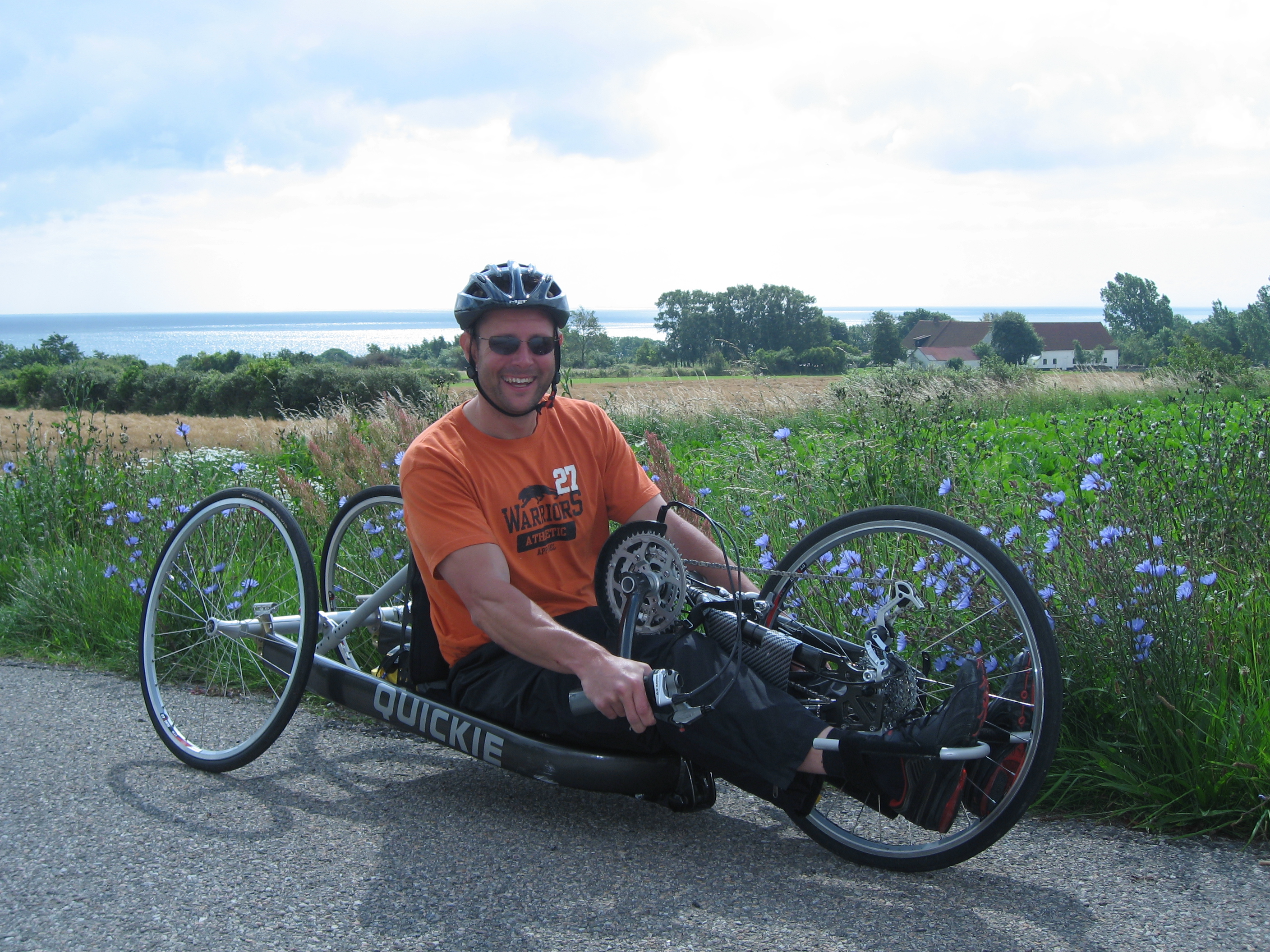 How did your colleagues and the senior team in Nordic approach the new reality after the accident? What kind of support did you get?

I am very happy with the support I got from colleagues at ADL, both senior and junior. The best support I ever got was getting treated as if nothing had happened, with the exception of the initial few months, of course. I am still the same person as before, with the same personality and professional capabilities. Just a little bit slower with certain practicalities.

You are now a manager at Arthur D. Little, which means that you also manage relationships with our clients. What are the differences, if any, in that provider-client relationship between before and after the accident?

Well, I would argue that overall there is no difference between before and after. Initially, just having spoken on the phone, some clients are somewhat surprised that I sit in a wheelchair. But so did Franklin Delano Roosevelt, and so does Stephen Hawking. As soon as we have met and started talking, clients understand that I am not “mentally challenged”, and that is the end of it. On the contrary, the fact that I use a wheelchair after an accident is often a natural icebreaker and conversation topic, which helps build the relationship. 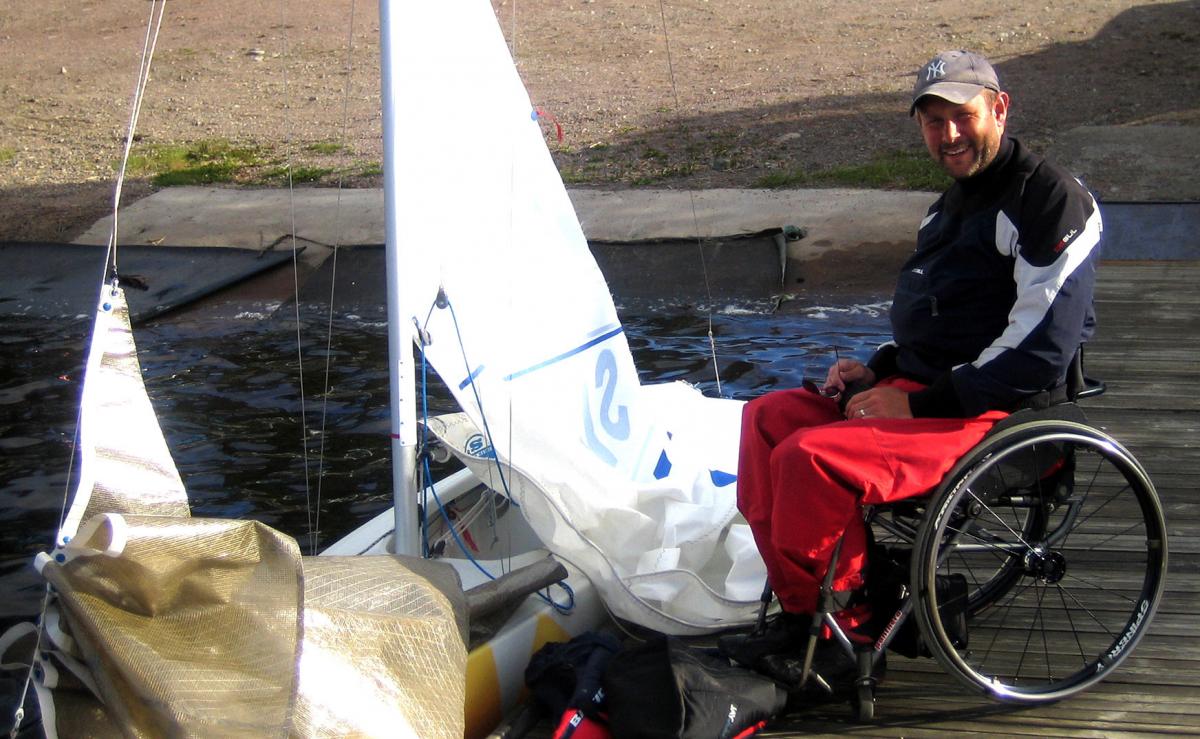 Do you feel that you are treated as any other Arthur D. Little employee? What does your specific experience at ADL say about our company and its culture?

Yes, I definitely feel treated the same as any other ADLer. I think that the inherent characteristics of ADL, such as the openness of the organizational culture, in that it accepts and promotes individual differences, really have made it easier for me to re-enter my career. Hence, I believe Arthur D. Little really starts from a good position and legacy in terms of developing diversity.

Your story can show other people facing similar challenging personal circumstances that a career in management consulting is possible despite major hurdles. What would you like to say to them?

My message would be the same, regardless of the type of disability the person has and which type of career he or she pursues. Do not compare your performance with that before the disability or of able-bodied peers, as it is a losing battle. Focus on the abilities you still retain, make the best use of them, and use your “new” self as a baseline when comparing. Try to turn your disability into a strength when possible, and avoid trying to compete in areas where you have a disadvantage. 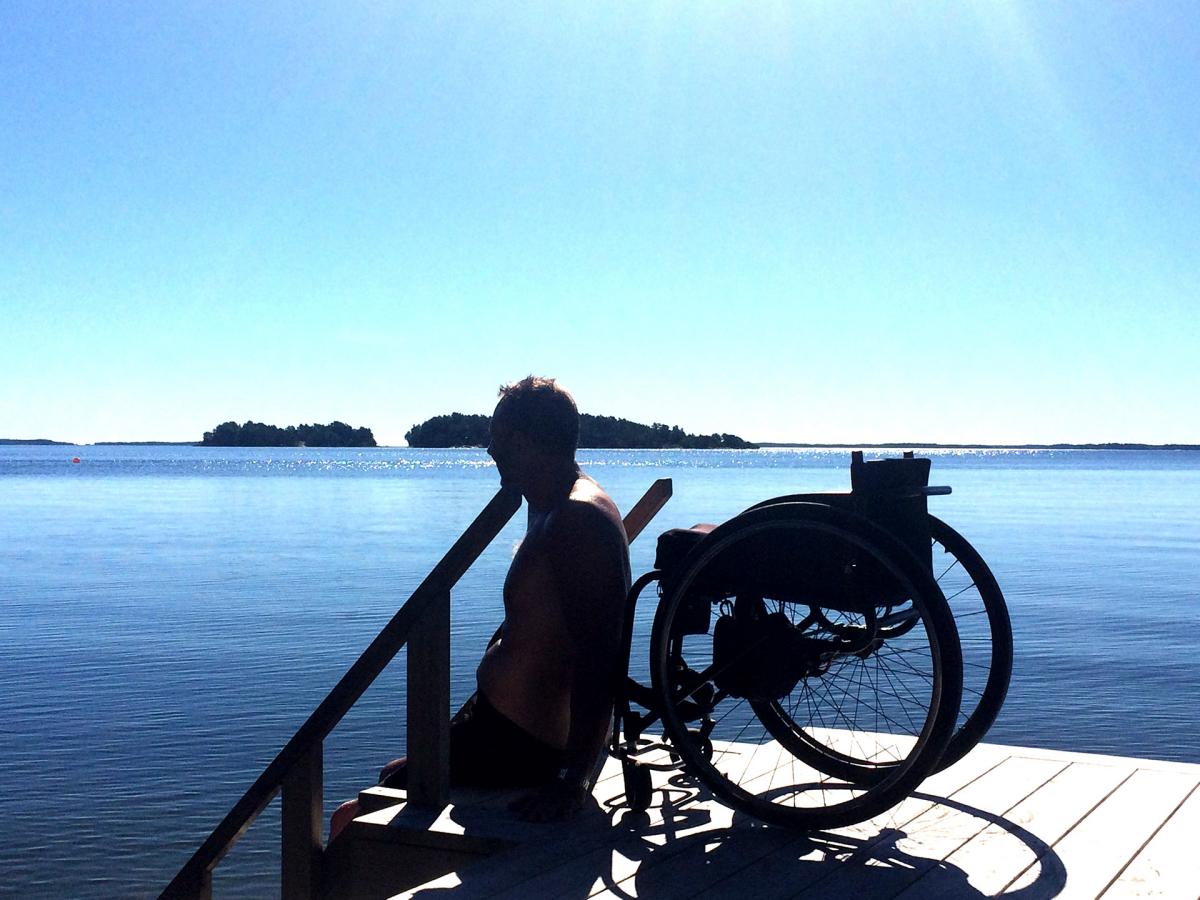 Since your accident, you have been a champion for disability-related causes. From a business perspective, you support the development of assistive technology to empower people with different disabilities. You also volunteer, coaching individuals who have recently acquired traumatic spinal-cord injuries resulting in paralysis. Can you share some insight?

Building on the above, part of my business development at Arthur D. Little has been directed towards the assistive-technology industry, which, in recent years, has led to casework and a relationship with CxOs. For example, we helped design the product and technology strategy of a global power-wheelchair supplier. We also supported a leading company within eye-tracking technologies in assessing the potential global market size for its products and its competitive positioning.

Privately, I work as a volunteer within an NGO called RG Active Rehab, meeting newly spinal cord-injured people. I believe in the power of role models. I like to think meeting these people and sharing my story of being in that same situation infuses some hope, resolve and energy into them. This was important to me when I was hospitalized with a low spirit.

What are your interests outside work now?

Outside work, I spend most of my time with my wife and kids (two girls, six and nine years old). At weekends, we go to our cabin by the sea or the girls’ horse-riding classes. As for sports, I generally try to work out at a gym and play wheelchair tennis once a week. In addition, I commute to work in the summer season on my electric-assisted hand bike, which is faster than by car given the congested Stockholm traffic. Other activities I like are sailing and sit-skiing. 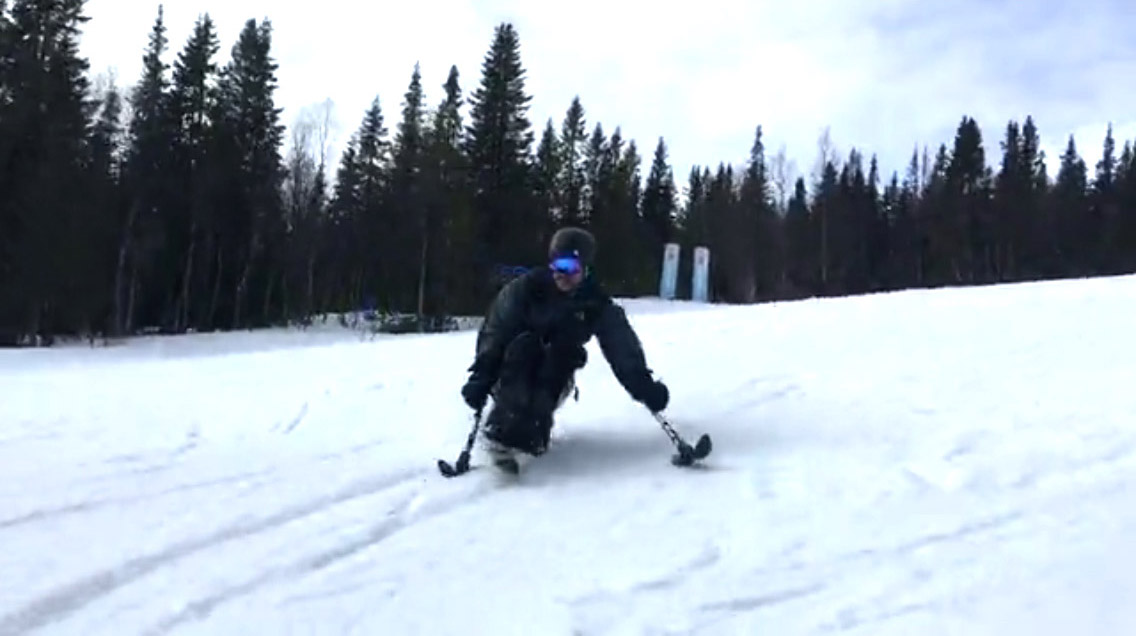