How can electricity utilities tackle the digitalization challenges of their network business? 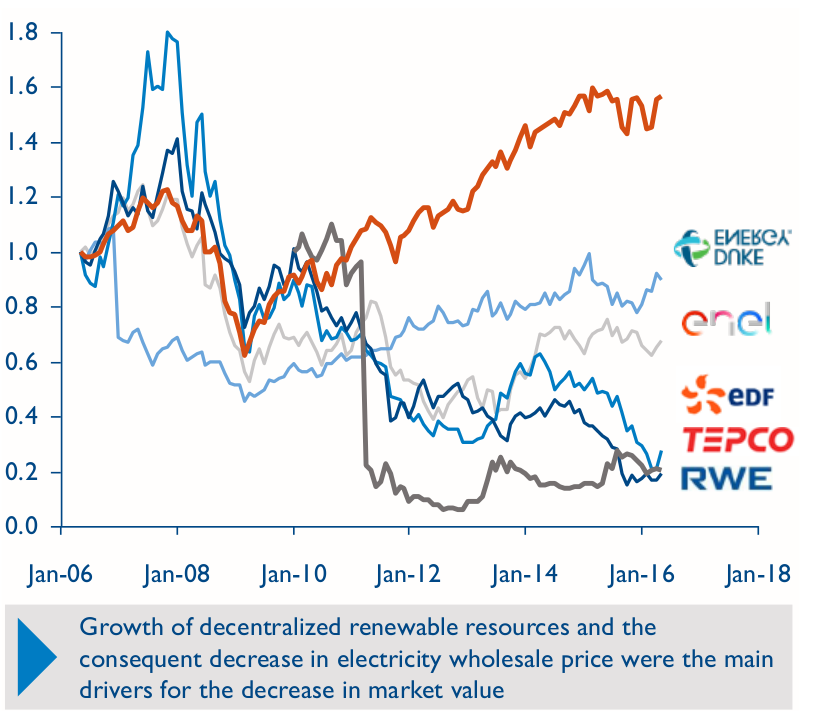 Electricity companies are not an exception. Several internal and external triggers should warn utilities that digitalization is vital for their survival.
First, utilities are struggling to deliver healthy financial perfomances. A constant network cost structure, coupled the decline in on-grid consumption (mainly driven by the growth of decentralized renewable resources), means utilities are experiencing shrinking profits margins. 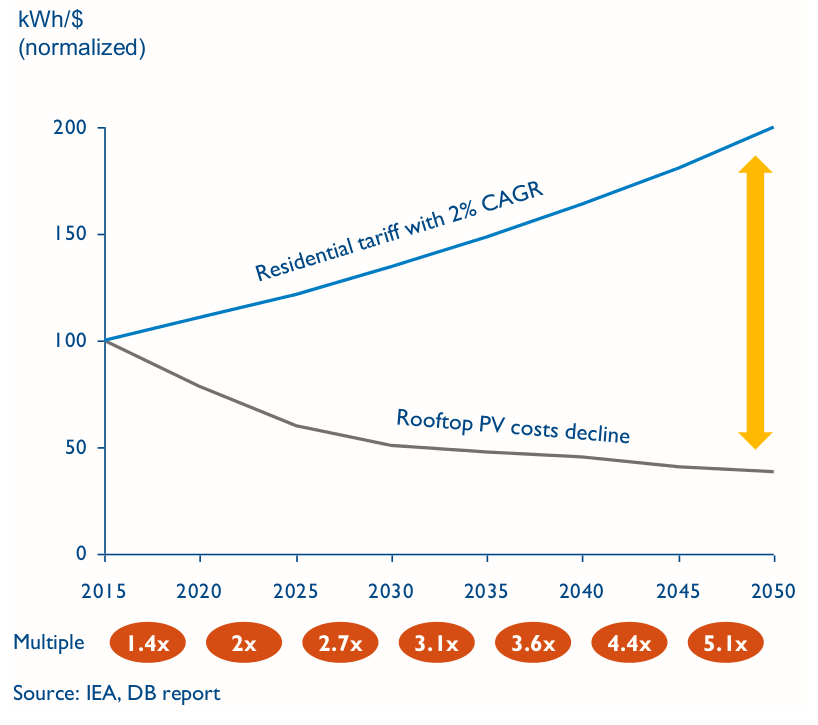 Plotting the trends in share-price value from 2006 to mid-2016 has shown that the value of traditional utilities has fallen by 60% to 90% compared to the value of the Dow Jones Industrial Index within the same period.

The trend could worsen, as the current grid parity of residential renewables is no longer considered the final price level in many geographies. In fact, rooftop PV is expected to be almost two times cheaper than on-grid tariffs in 2025, and up to five times cheaper in 2050 (see Figure above), according to International Energy Agency data.

More advanced network management processes will be needed to optimize network capacity to fulfill consumer demand. This can be done at minimal cost only by working with big data analytics, which enable accurate prediction of the impact of distributed generation resources and management of optimal energy flows in the network.

Without such capability the gap between network tariffs and distributed generation costs can increase even more. In the worst case this may lead to an unprecedented boom of off-grid solutions for some end customers, making parts of the network obsolete.

On the other hand, network utilities should also view these future trends as an opportunity to fully transform the network business into a provider of value-added services to end customers and an enabler of efficient use of distributed generation resources via virtual power plants.

All this can be done, but as mentioned above, hardly without significant digitalization transformation efforts to enable network utilities to manage this far-more-complex business. There is an increasing set of technologies that will allow network operations to become more effective and efficient, and choosing not to adopt them will lead the electricity company to fall behind in this industry transformation.