Electric buses are expected to be more efficient and greener than diesel buses, and key to making cities more environmentally friendly. Every city must carefully choose its individual solution for its bus fleet, and OEMs have to be ready to mirror the local requirements by understanding the needs of both PTOs and PTAs.

According to the United Nations forecast, the global level of urbanization will grow from 55 percent in 2018 to 68 percent by 2050, adding 2.5 billion people. This will place an extra burden on already significantly overloaded transportation systems – in most traffic-congested cities, such as Mexico City, Moscow, Paris, Rome and London, drivers spend more than 200 hours in congestion per year already. This has forced cities to start using road infrastructure much more effectively and increase their shares of public transport, among other measures.

At the same time, ongoing development of transportation systems constitutes a major ecological challenge – road transport accounted for almost 20 percent of total CO2 emissions in 2016. Although the amount of CO2 emissions per passenger for an average diesel bus is slightly lower than for an internal combustion engine (ICE) car, the shift to public transport alone is certainly not enough to address this problem. As a result, the challenge to make public transport environmentally friendly is becoming one of the most important priorities for cities.

The shift to ecological urban road public transport has already begun – diesel buses are being banned in cities around the world, and fully electric, plug-in hybrid, natural gas (CNG), and fuel cell buses that reduce urban noise and do not pollute are increasing. The leader of this transformation is China, where 99 percent of the global electric bus fleet was located at the end of 2018 (421,000 out of 425,000 electric buses, according to a Bloomberg NEF report released in May 2019), and the share of electric buses is about 18 percent of the total municipal bus fleet. According to the IEA Global EV Outlook 2019, the number of electric buses in 2018 was even higher, approximately 460,000 electric buses globally. In major cities such as Shenzhen, all ICE buses have been replaced with e-buses, helped by a supporting policy from the government and PTAs. However, the annual growth rate of the e-bus fleet will slow down due to termination of subsidies, which will take effect by the end of 2020.

For every 1,000 electric buses, demand for diesel can be decreased by up to 500 barrels per day. Although there were only about 3,000 electric buses in Europe and the US in 2019 (approximately 1 percent of buses on the roads in these regions), this number will grow rapidly in the coming years. China has had subsidies for the last decade, and now many other countries, such as Russia, Sweden and India, also offer these to support the growth of electric buses. Simultaneously, a number of other large cities, including London and Los Angeles, have committed to procuring only zero-emission buses starting in 2025. By 2040, electric buses could exceed 1.3 million globally and form more than 50 percent of the total bus fleet (see figure below). 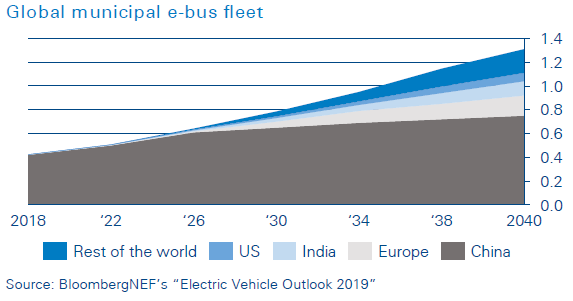 However, despite the great prospects for electric buses, their current usage is complicated by a number of challenges.

Current challenges for participants in the electric bus ecosystem

Despite the current difficulties arising from the introduction of electric buses, the transition to environmentally friendly transport is inevitable. With improvements in technology, deepened competencies and more operational experience, electric buses will become a more economically viable solution compared to diesel buses. At the same time, the regions that are already introducing them provide an impetus for development of the industry in local areas – with not only production of electric buses, but also a number of related segments: charging stations, electrical components, batteries, etc. Players that are currently building up their competencies will claim leadership in the global fast-growing ecosystem.

For cities and buyers of electric buses:

While several stakeholders are supportive of the widespread adoption of electric vehicles, we have looked specifically at electric utilities to understand the opportunities that such a change in the… 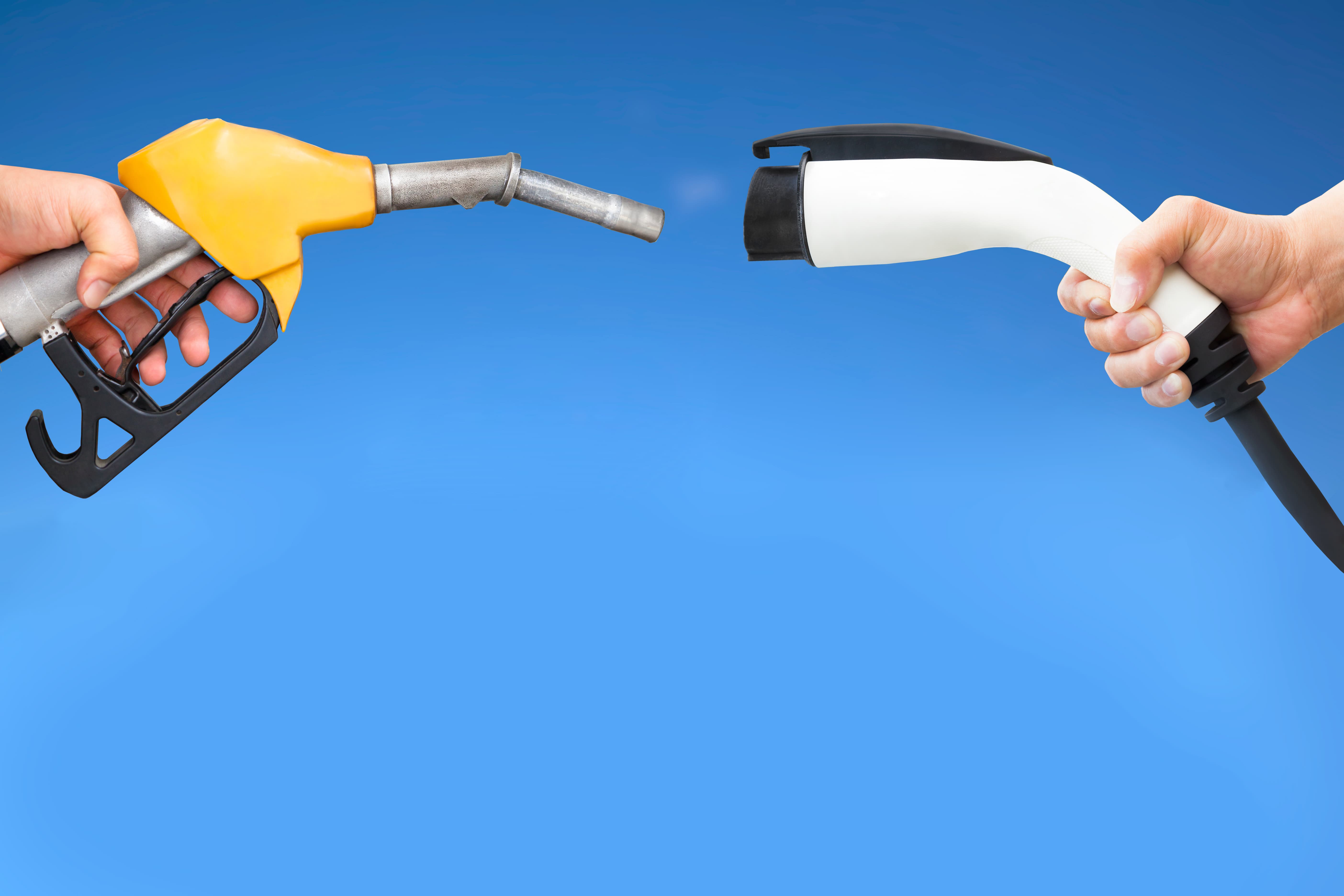 Mobility has been dominated by combustion engines and fuelled by oil companies. Regulation, customer demand and technological development, are pushing electricity as a mobility power source, which… 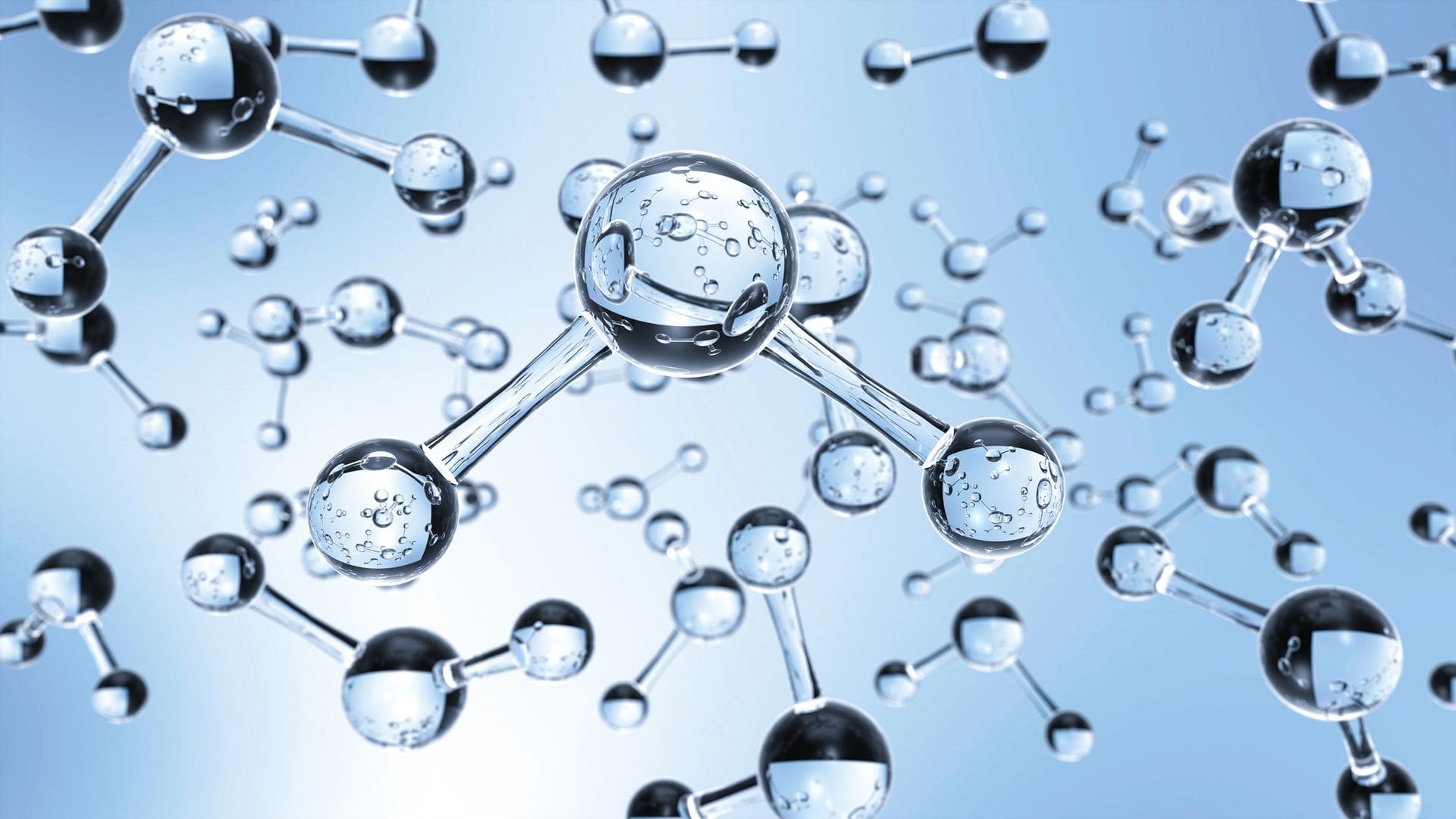 The future of hydrogen and e-fuels

With intensified discussions to become carbon-free, hydrogen is back at the top of the agenda for some. Others see it as over-hyped with too many limitations, especially with regard to efficiency.…